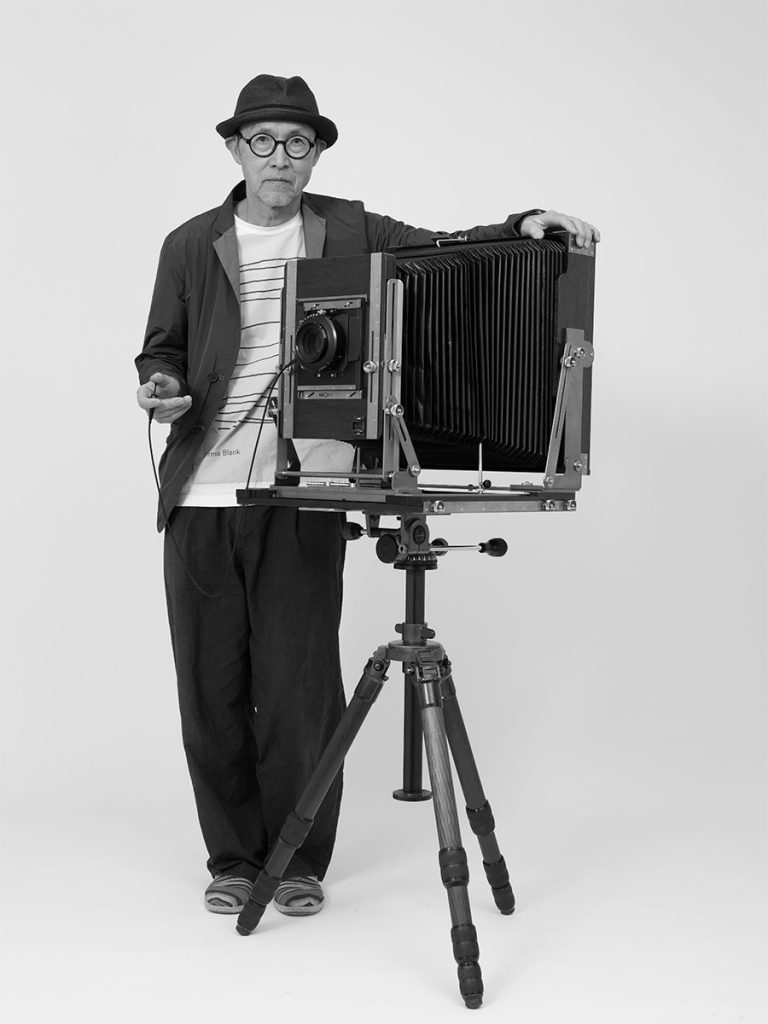 Clothes and Pictures as Object

People are losing things as a result of smartphones. People who have lost things, idealistically speaking, are also returning to the state of being beautiful human beings. Decluttering means choosing those things that are important to you and placing them as close to you as possible in a familiar state. I think that it means you want to take care of things and love them.

Photographs are originally things. Nothing surpasses a smartphone as a means of visual communication. It allows you to capture, view immediately, and share with someone. But to me, that is not a photo. A photo becomes a photo only when it is on a sheet of paper. It is not data. It comes into being as a photo only when it comes out as a print. In terms of creativity, the most important thing is the material. It is the same for both photos and for clothes.

When you buy clothing online, the general flow is such that you see the piece of clothing on a screen, choose the color and size, check the price, place an order, and then it is delivered to you. You purchase it without knowing its texture, warmth, or softness, and then wear it. It means you wear something to which you have no attachment. Even though you should only need things that you don’t have enough of, you end up buried in things. People are forgetting the material of things.

I got to know Mr. Takahashi and I thought that we are feeling the same things. Of course there are technical aspects, such as the fact that CFCL clothing uses recycled materials from PET bottles and employs production methods with no waste. But if he didn’t like the materials that result from those processes, I don’t think Mr. Takahashi would use them. Ultimately, it seems to me that he creates based on whether he can allow something as clothing. I felt that it would be rude to capture the clothing of a person like that on a smartphone. That is why I suggested taking photos with a big, old 11×14 camera for which there is only black and white, and only several hundred pieces of film left. I did propose the idea, but it would involve no color despite being clothing photos, and we wouldn’t be shooting models wearing the clothing. It would cost more money and take more time than digital photography. I had meddlesome thoughts. Would this be beneficial to a fashion brand that has just launched? Wouldn’t this be a burden? For this reason, I shot digitally just in case, but when I showed him prints from both cameras, he unexpectedly said, “Actually it’s this one,” indicating the 11×14 shoot.

The thing I am most careful of in this series is that the photos would not become either fashion photography or classic portrait. All of the models are professionals in their respective fields, so it is up to us to create a simple, minimalist, modern portrait that is in harmony with the CFCL clothing. How can we create a moment in which the clothes and the person can be felt as one in the short time available for the shoot? It is a very challenging and worthwhile shoot.

Fashion is one of the most important things that people have. Humans always wear clothes. People are swathed in towels from the time they are born, and even when they die, they are not allowed to be naked, as they are covered in burial clothes. It is often said that people’s needs come to clothing, food, and shelter, but without them it is impossible to live. No matter how much one tries to unclutter, it is impossible to survive naked in space.